You are here: Home / Everything on Bergamotto / A king at the court of the Sun King / The first Bergamotteto 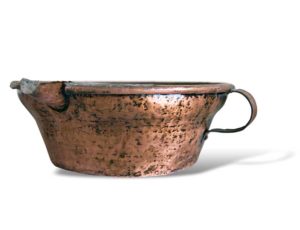 The idea of exploiting this citrus fruit by planting an intensive orchard, known as a “bergamotteto”, was first conceived by a landowner on the Reggio coast, by the name of Nicola Parisi. He established his plantation near the harbour called Rada dei Giunchi, opposite the present Zerbi municipal lido, right in the centre of Reggio Calabria. Many local families with land given up to citrus growing then followed his example, and eventually the whole coastal strip of Reggio became a single aromatic “bergamotteto”.